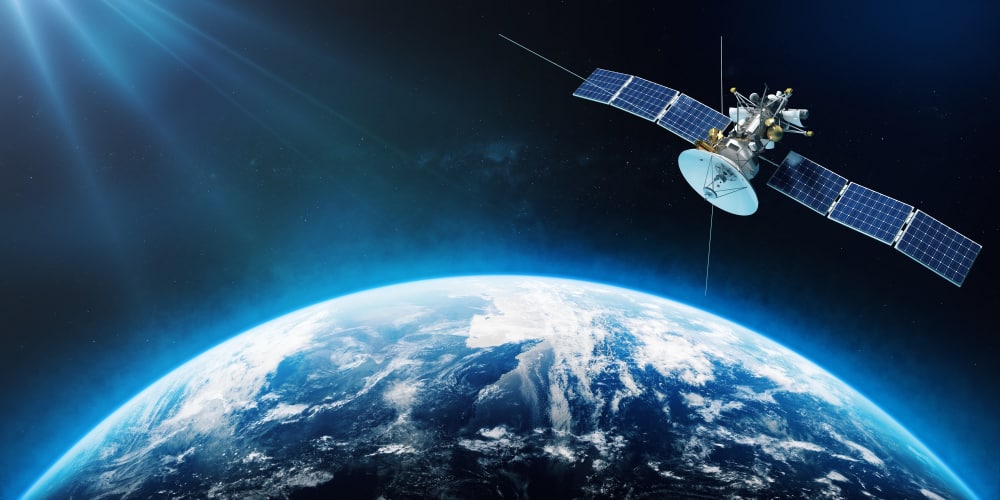 In satellite communication, information is transferred between two earth stations through a satellite. Depending on the application, communication satellites are deployed on different layers of the earth’s atmosphere. Satellite PCBs and the electronics installed in aerospace objects that are deployed into specific layers in space have specific requirements due to their layer composition and climate.

Earth’s atmosphere is classified into layers: troposphere, stratosphere, mesosphere, thermosphere, ionosphere, and exosphere. Satellite deployment extends from the thermosphere to the edge of the exosphere. Some satellites are launched into low Earth orbit as well.

Satellite communication is supported by several PCBs. Satellite PCBs enable uplink and downlink actions in satellite communications and play a significant role in receiving information from the transmitter earth station as well as transferring information to the receiver earth station within the satellite’s footprint. Satellite PCBs are crucial in delivering satellite applications such as geo-positioning, remote sensing, navigation, and weather forecasting.

The Impact of Atmospheric Conditions on Satellite PCBs

Satellites are subjected to high temperature, high pressure, and vacuum environments; under these conditions, satellite PCBs release trapped gas in a process called outgassing. The condensation of these gases interferes with the normal operation of satellite PCBs. Material with good thermal resistance provides the advantage of preventing outgassing in satellite PCBs.

Let’s take a look at one standard, the AS9100 standard, that helps ensure the reliability of satellite PCBs.

Any PCB employed in space, aviation, or the defense industry should follow standards to ensure it delivers on its intended purpose without failure. A satellite PCB should comply with universal regulatory standards and design objectives to function properly in all application environments.