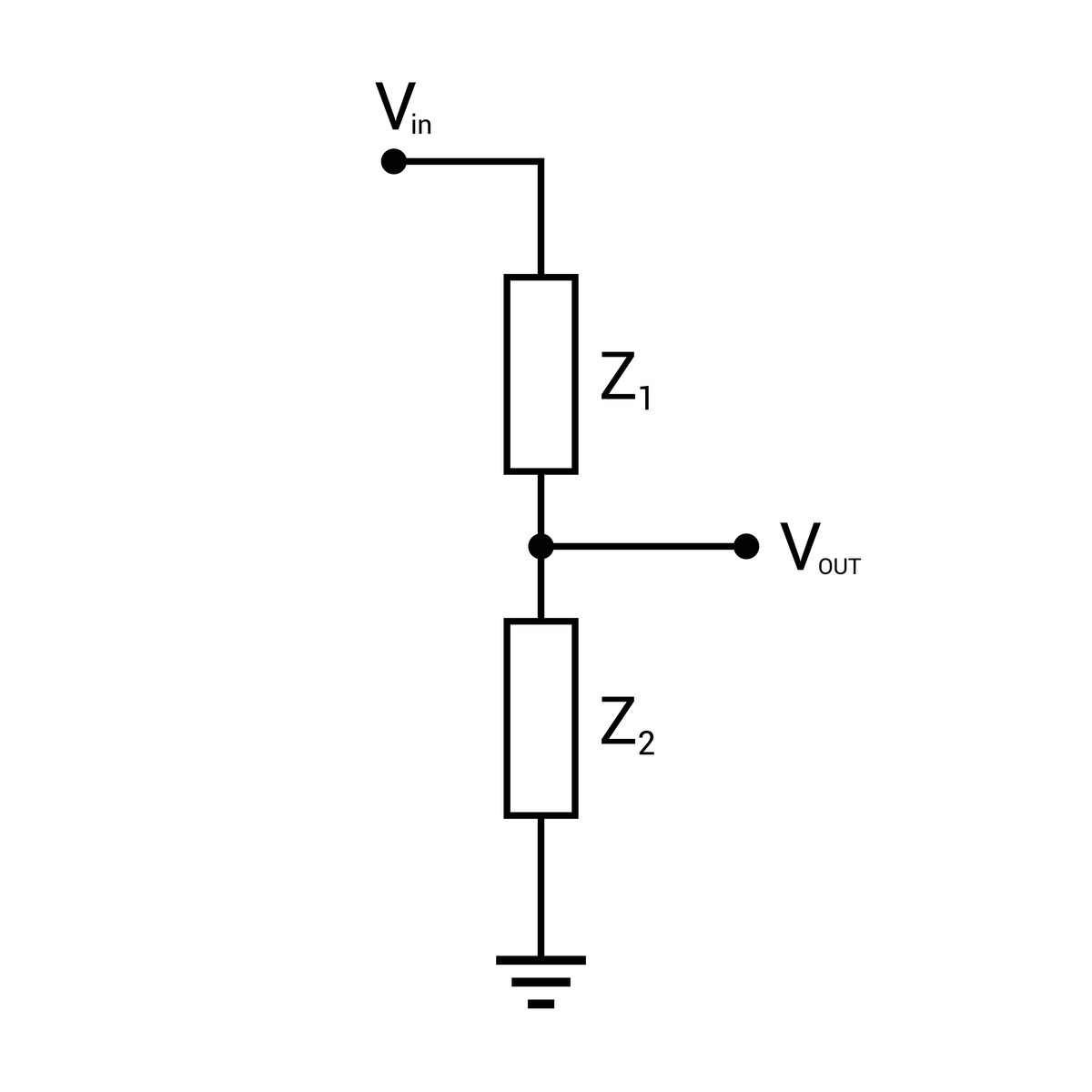 Voltage dividers are an incredibly important aspect of circuit design, as they are used in many applications.  Although it is often one of the first concepts an engineer will learn in their basic circuits class, this circuit block is critical to developing much more advanced designs as well. A strong foundational understanding of voltage dividers and their loading properties is essential for any engineer or PCB designer. Let’s dive in. 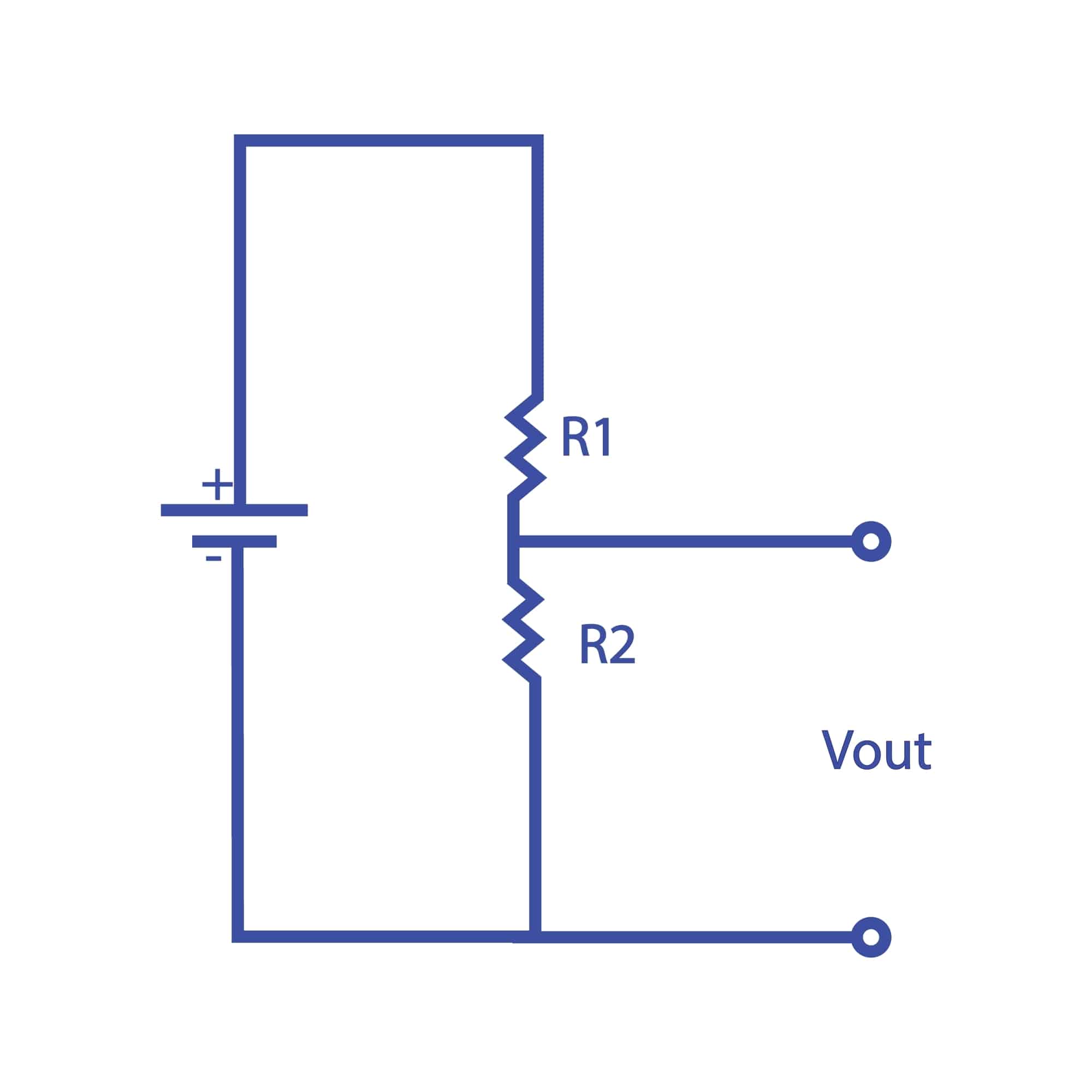 A voltage divider, also known as a potential divider, is a linear circuit block that produces an output that is a fraction (whether real or complex) of its input voltage. Given a specific input voltage, it is useful in creating a known precise fraction at the output, which is especially useful for creating voltage references.

However, the moment you start pulling current from the voltage divider, the equivalent resistance then changes and the voltage drops, in a concept known as loading, which we’ll be discussing.

Creating a Voltage Divider With Resistors

At its most basic form, a voltage divider consists of two passive elements where the output VOUT is taken from the node in between them, as shown in the figure above.

Just like any passive linear circuit element, a voltage divider can be simplified into an equivalent Thevenin voltage and Thevenin resistance. This can be used as another method of visualizing how a voltage divider behaves and give a clearer understanding of the effects of loading. 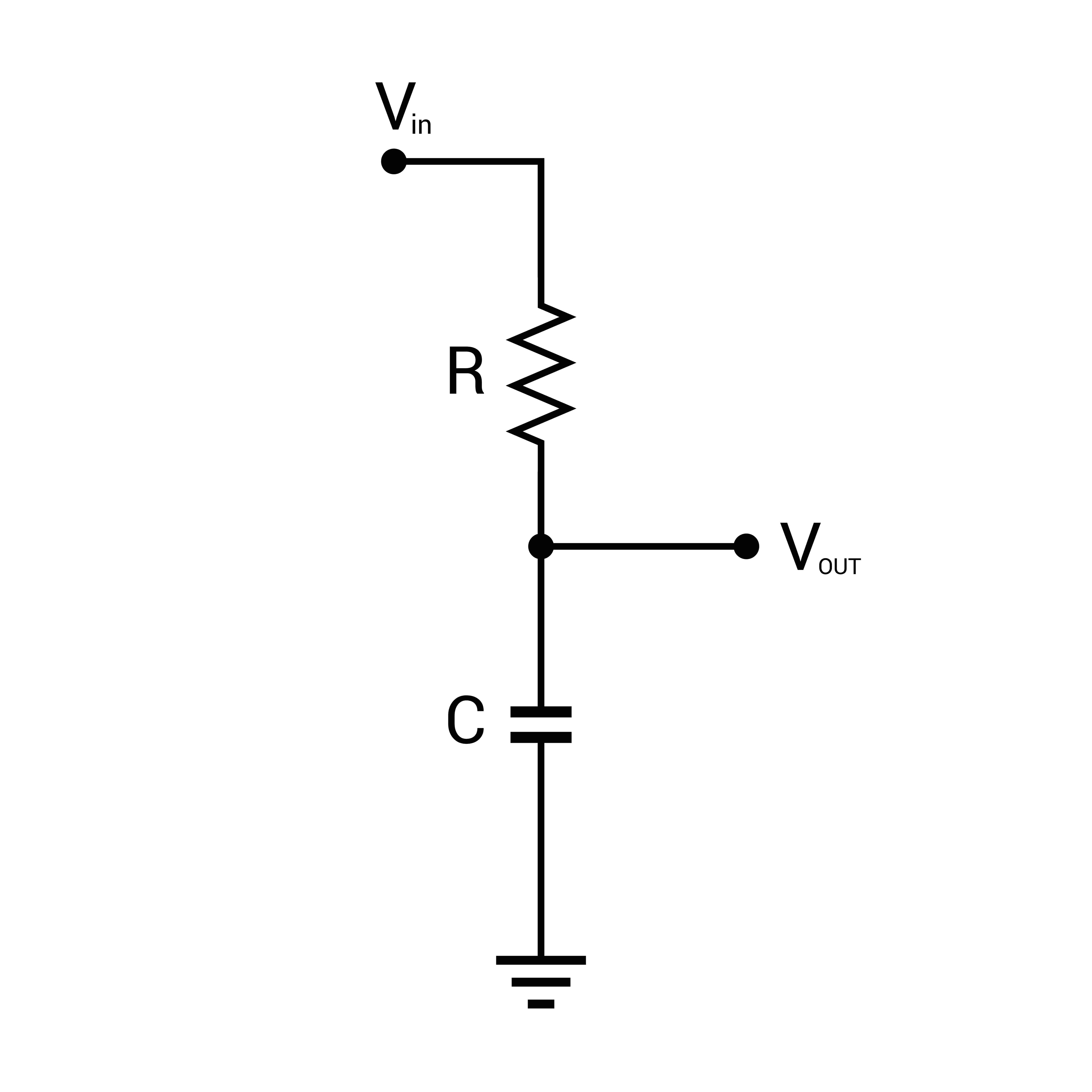 Voltage dividers can be made with a mix of resistors, capacitors, and inductors. In this figure, we see a voltage divider composed of a resistor and capacitor forming an RC filter.

When adding capacitors or inductors into a voltage divider, its effects become more complex. Capacitive elements can be added to voltage dividers to compensate for a load capacitance and to achieve the desired frequency response.

Coming out from the voltage source, placing a resistor and then a capacitor in series creates a first-order lowpass RC filter (contrasted with a capacitor and resistor, creating a high-pass filter). As a capacitor has a complex impedance, the ratio of VOUT to VIN will now be complex, resulting in a frequency-dependent output.

Inductors also have a complex impedance, and thus also create frequency-dependent output when placed as components in voltage dividers. 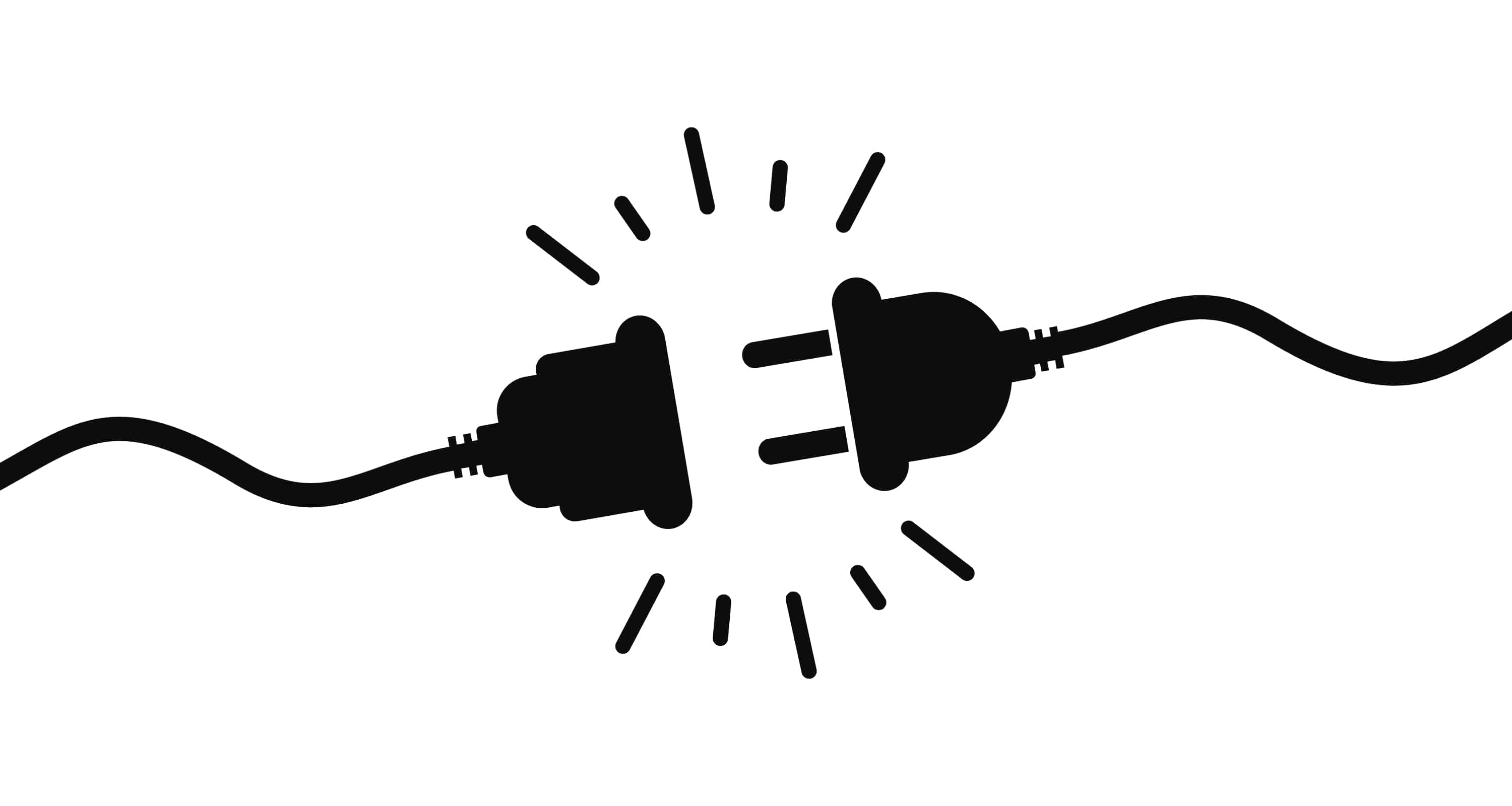 When attaching an electronic appliance to a circuit, the circuit then becomes loaded. This can drastically change the behavior of voltage dividers if not accounted for.

Being aware of the loading effect is critical to truly understanding voltage dividers. When a relatively low-impedance load is connected, voltage dividers have significant current pulled from them, which breaks down the resistor divider ratio.

This happens because the resistor ratio discussed earlier is no longer VA = VIN * RA / RTOTAL but instead VA = VIN * (RA || RLOAD) / RTOTAL', where the modified RTOTAL’ value now includes RA and RLOAD in parallel, in addition to any other series resistors upstream.

Therefore, to use voltage dividers as voltage references and achieve a stable output voltage, the current must either be stable or the load current must be a small percentage of the total current going through the divider. Using a high-impedance load (that therefore draws less current) can improve load sensitivity. Reducing the impedance of both halves of the divider is another alternative solution, but this also increases the passive quiescent current, resulting in higher power consumption and more thermal energy produced.

If you foresee your load requiring high or even fluctuating currents, it is better to use a voltage regulator as opposed to a voltage divider. 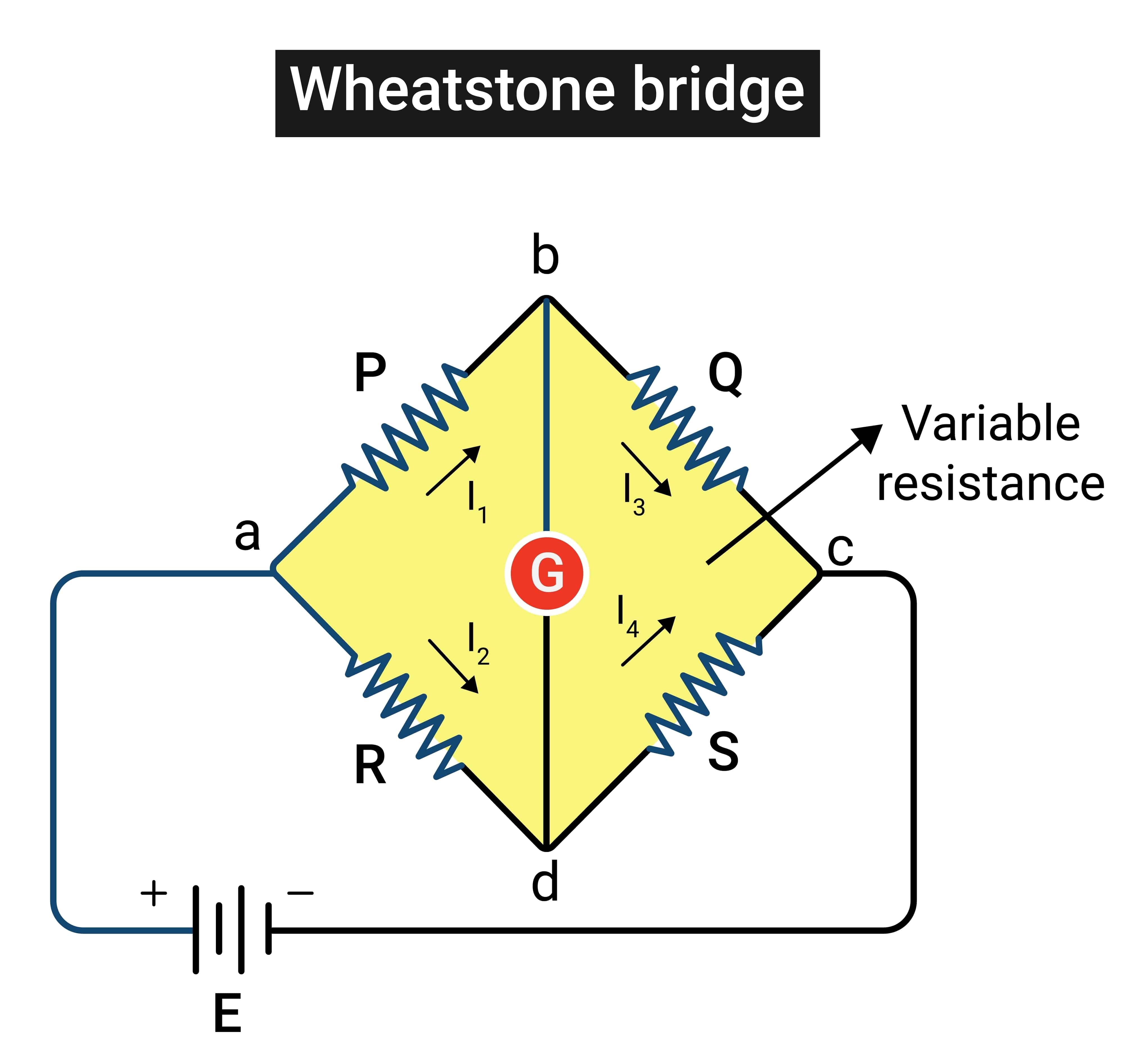 Voltage dividers have a variety of uses, from adjusting the level of a signal to biasing active devices such as BJTs and FETs. When going into an op-amp (containing a high-input impedance) or other high-impedance loads, voltage dividers are especially convenient, as they offer a very simple method of setting the desired voltage.

Both wheatstone bridges and multimeters have built-in voltage dividers. BJT bases and FET gates have relatively high input impedances, and for this reason, do not draw too much current. Using a voltage divider to fix the base/gate at a specified voltage can allow for biasing the transistor.

Three-input potentiometers can be used as voltage dividers as well. They are useful for radios and other devices with analog knobs. When the shaft of the potentiometer is rotated, the center-tap wiper moves along the resistor and produces either an increase or decrease in resistance, corresponding with the angle of the shaft. If a stable voltage is attached to one end of the potentiometer, the other to ground, and the wiper to an ADC, the angle of the knob can be calculated.

A voltage divider can be used to scale down an especially high voltage to a fraction and then be measured by a voltmeter. The high voltage is used to power the VIN of the divider, with the output scaled down to be within the meter’s range. There are high-voltage resistor divider probes designed to measure some voltages up to hundreds of kilovolts.

However, in these designs, specific high-voltage resistors are used, as they must be able to deal with high voltages and currents with matched temperature coefficients to provide accurate results. Capacitive divider probes are also used for voltages in the hundreds of millivolts, as the heat released with resistors can sometimes be too much.

Voltage dividers can be used to adjust the level of a signal, especially digital ones. For example, level shifting from a common 5V HIGH digital signal to a 3.3V digital signal. With a voltage divider, a crude level shifter can be created to allow logic circuits that operate at 5V to interface with those that operate at 3.3V. Without this level shifting, supplying a 3.3V logic microcontroller with a HIGH of 5V can result in permanent damage to the circuit. Using a resistor configuration such that VOUT / VIN = 3.3 / 5 = RA / RTOTAL can allow the 5V-logic circuit to interface with the 3.3V one. However, for this to be possible, the source impedance of the 5V signal should be low and the 3.3V input impedance must be high. Additionally, if the input impedance has capacitive elements, using a completely resistive divider will unintentionally create an RC filter, which can limit the data rate. Adding a capacitor in series with the top resistor (making both legs of the divider capacitive and resistive) can help overcome this.

Sampling of an (ideally) fixed voltage: 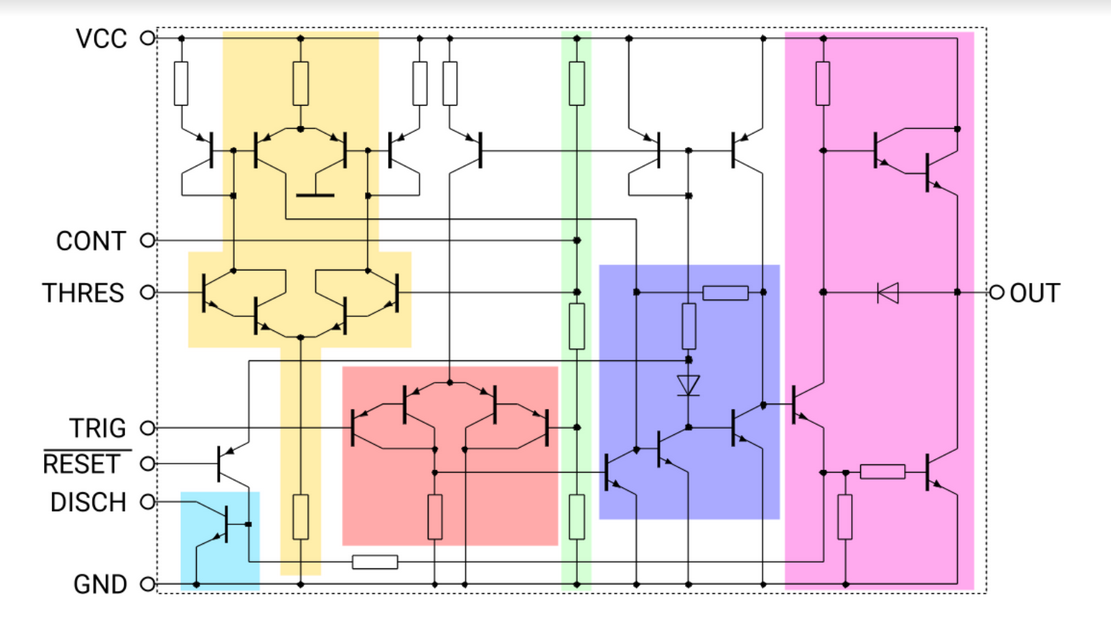 Schematic diagram of a 555 timer made of BJTs. Voltage divider is highlighted in green.

Many common integrated circuits use voltage dividers. Perhaps one of the most popular integrated circuits ever made, the 555 timer, features a voltage divider. The picture above is the internal schematic of the 555 timer BJT version. Highlighted in green is the voltage divider with three identical resistors (5 kΩ for bipolar timers, 100 kΩ or higher for CMOS), creating a voltage reference for the comparators. When the CONTROL pin is not driven, the divider creates two references, ⅓ and ⅔ of VCC. With the CONTROL driven, the upper reference is instead VCONTROL and the lower reference VCONTROL / 2.

Voltage dividers are used on the output of the LM7805 voltage regulator and in other regulators utilizing feedback. Using a voltage divider, a fraction of the output voltage is “sampled” from the series pass element and then fed into the error amplifier. This sampled fractional voltage is then compared with a reference voltage, and the error amplifier then communicates to the pass element to raise or lower the output voltage accordingly, creating a closed feedback loop. A similar concept is used on other voltage regulators such as the LM317 and LM2576.

Understanding voltage dividers and utilizing them in your designs is a valuable skill. The PCB design and layout tools from Cadence can be helpful in developing your schematic and laying out your design in a PCB.