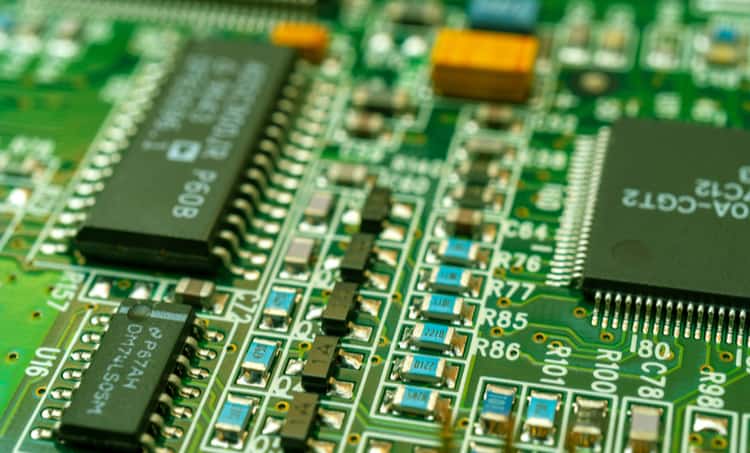 PCBs are hardware realizations of circuits designed by engineers. Circuit blueprints are physically constructed using electronic components such as resistors, capacitors, inductors, diodes, and integrated circuits. When all the electronic components function as intended, the required output can be obtained from the circuit board.

Resistors - The most common electronic component in a PCB. They are used to limit the current flow in a path. There are different types of resistors available, including carbon film resistors, metal film resistors, and chip resistors.

Capacitors - The second most common electronic component in a PCB. Capacitors can be polarized or non-polarized. Some commonly used capacitor types are mica capacitors, tantalum capacitors, and ceramic capacitors.

Inductors - Inductors are used to store electrical energy in the form of magnetic energy. The simplest inductor can be obtained by wounding a wire into a coil.

Transistors - Transistors are three-terminal devices used either as semiconductor switches or as linear amplifiers.

The list of electronic components used in PCBs is endless—this list is by no means exhaustive. In a PCB schematic, each component is given a unique name for easy identification, which helps readers understand the circuit component type, dimension, and geometry. We will explore these unique names next.

P = Pitch for components with more than two leads

Q = Pin quantity for components with more than two leads

R = Number of rows for connectors

Circuit designers follow the electronic component naming conventions described by IPC standards in their schematics to ensure easy comprehension of their designs. Cadence’s PCB design and analysis software can aid in this process.