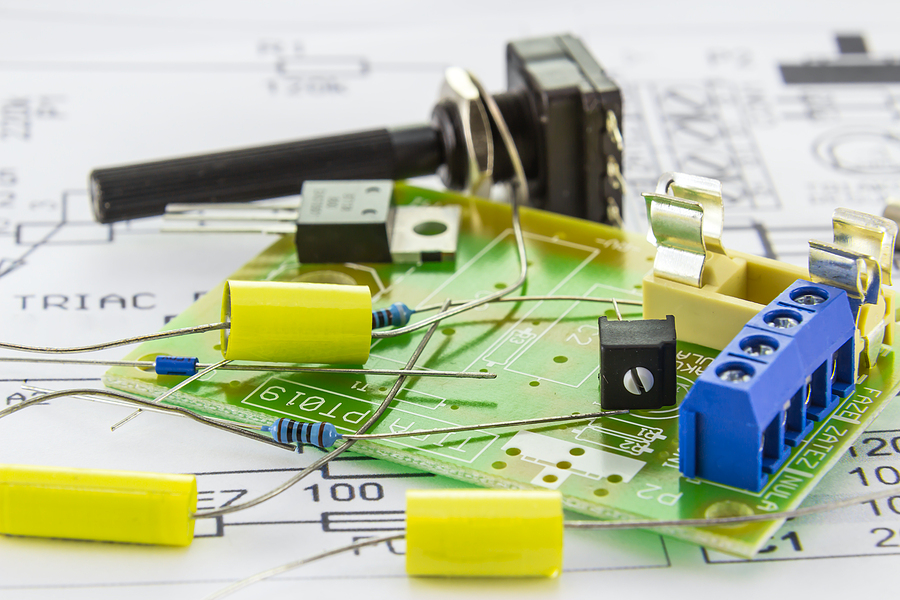 Isolation in an electronics design involves separating two sides of an electronic component, or groups of components, to prevent signals from passing between two regions of a PCB. Most often, this is used to prevent ESD from passing between one region of a PCB and into another region, where one of the isolated regions might be exposed to the external environment. The isolated section of the PCB could be further isolated from another board in a larger assembly. The goal in all of this is to control signal flow and ensure safety.

Even when a PCB uses isolated sections to confine power and data, sometimes signals need to pass between the two regions. The simplest way to do this with data and control signals is to use optical coupling. The most common method is with an optocoupler, which uses an LED with a phototransistor to couple a signal across a gap.

There is another type of optoisolator component that can be used, known as an optotriac. These components are less often used for optical isolation, typically because of the simplicity of using an optocoupler. So which should you use in your design? It depends on the type of signal being passed between two isolated regions in a PCB.

Optocouplers and optoisolators are both used to pass a signal from one side of a system to another side when there is galvanic isolation. The isolation barrier normally prevents current from flowing between two sides of the component. The idea is to use an input signal to then trigger current flow on the output side. This does mean that a system will need to have power on both sides of the isolation barrier.

The table below provides a comparison of these two types of components for optical isolation. From the data in the table, we can see that the two types of components are very similar. One reason you will often see an optocoupler preferred in digital systems is because these components have simpler circuit construction and reasonably fast response time, yet they still provide comparable isolation as an optotriac.

The photosensing component used in an optoisolator is a phototriac. These components are the optical analog of a traditional triac and function in a similar way as a phototransistor; the base (or gate) is illuminated with an input signal, and this modulates current flow on the output side from an existing power source.

An optotriac is not used to directly pass an AC signal to the output side. Instead, it is used to act as an optically triggered switch that turns an existing AC signal ON and OFF.

Essentially, the LED on the input side will be connected to a DC source, or to a GPIO on an MCU. When the source is turned on, the phototriac on the output side starts conducting. This allows the AC source on the output side to deliver power to its load. As we can see, the optotriac is not directly passing AC across the isolation gap. A simple example is shown below.

DC voltage or a signal being used to turn on a phototriac in an optotriac IC.

Can An Optocoupler Be Used to Pass AC Signals?

The short answer is “yes,” an optocoupler can be used to pass a time-varying signal across an isolation gap. There are a few requirements on the use of a basic optocoupler for an AC signal:

Don’t Use an Optotriac to Pass an AC Signal

The verdict at this point should be clear. If you have an AC signal and you want to pass it across an isolation barrier, you should apply a DC offset and use an optocoupler.

Isolated ICs Will Use Optical Coupling

Some integrated circuits that offer galvanic isolation between two sides of a system can provide high voltage isolation through optical coupling. These components will generally use optical isolation built into the chip, such as with an optocoupler stage for digital signals. An alternative method would involve inductive coupling (transformer), but this is commonly found in power components rather than in digital or analog ICs.

Some examples of the types of isolated ICs that use optical coupling include:

In all of these, make sure the right grounding guidelines are followed to ensure isolation is maintained in the system. The datasheet for some components may not show the differing grounding signal requirements that were highlighted above. Make sure to follow the correct grounding connections in order to maintain galvanic isolation across both sides of the component.

When you’re ready to create and simulate your optically isolated circuits using optotriacs, you can design and simulate your circuits with the simulation tools in PSpice from Cadence. PSpice users can access a powerful SPICE simulator as well as specialty design capabilities like model creation, graphing and analysis tools, and much more.