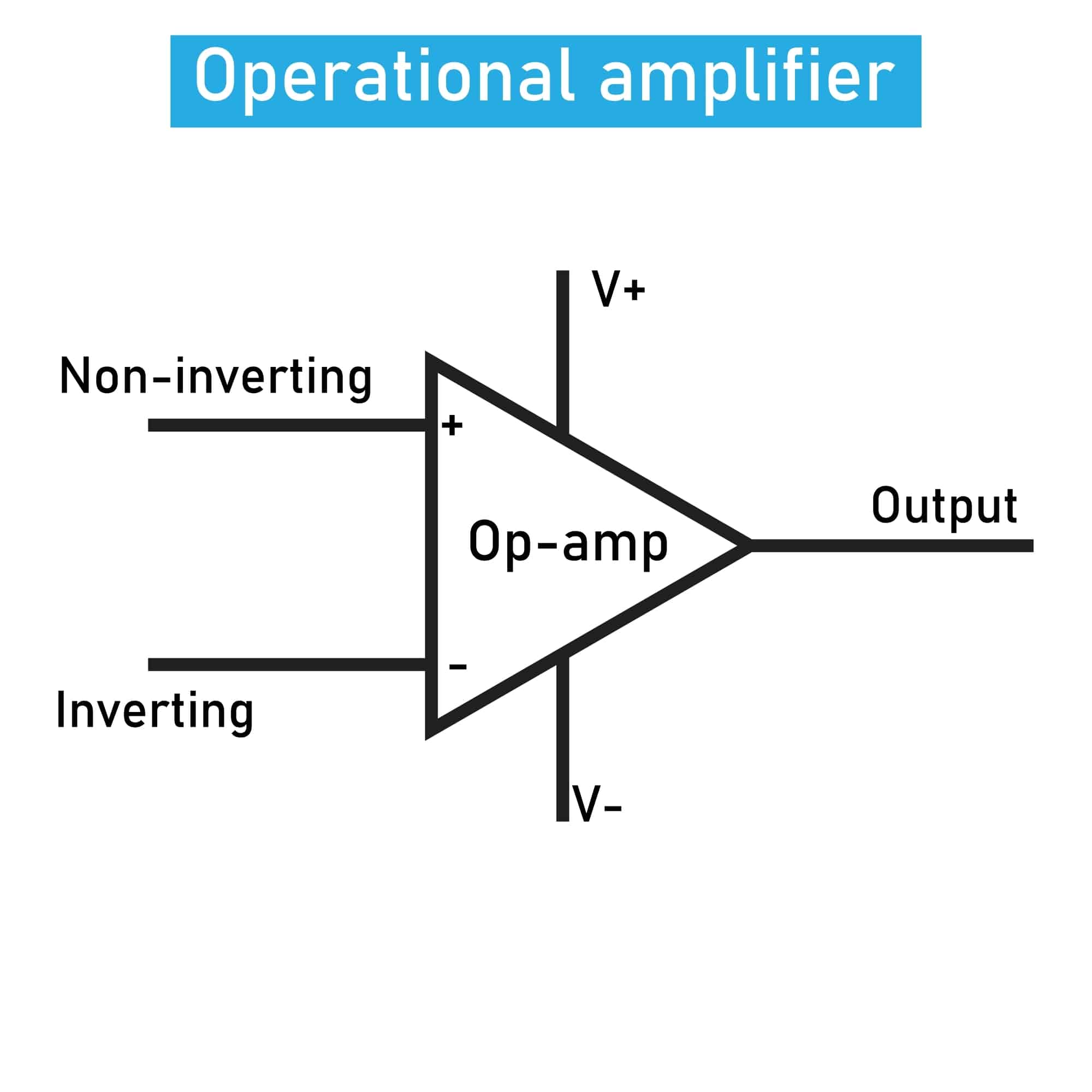 An op amp, short for operational amplifier, is a high gain amplifier circuit with a differential input. Op amps are some of the most fundamental pieces of circuitry used for linear, nonlinear, and frequency dependent mathematical operations in circuits.

Using feedback, the op amp becomes even more versatile, with applications in everything from scientific, consumer, and industrial devices. There are many resources describing op amps and their functions. We’ll be covering op amp functional basics and then delving into the applications of op amps. 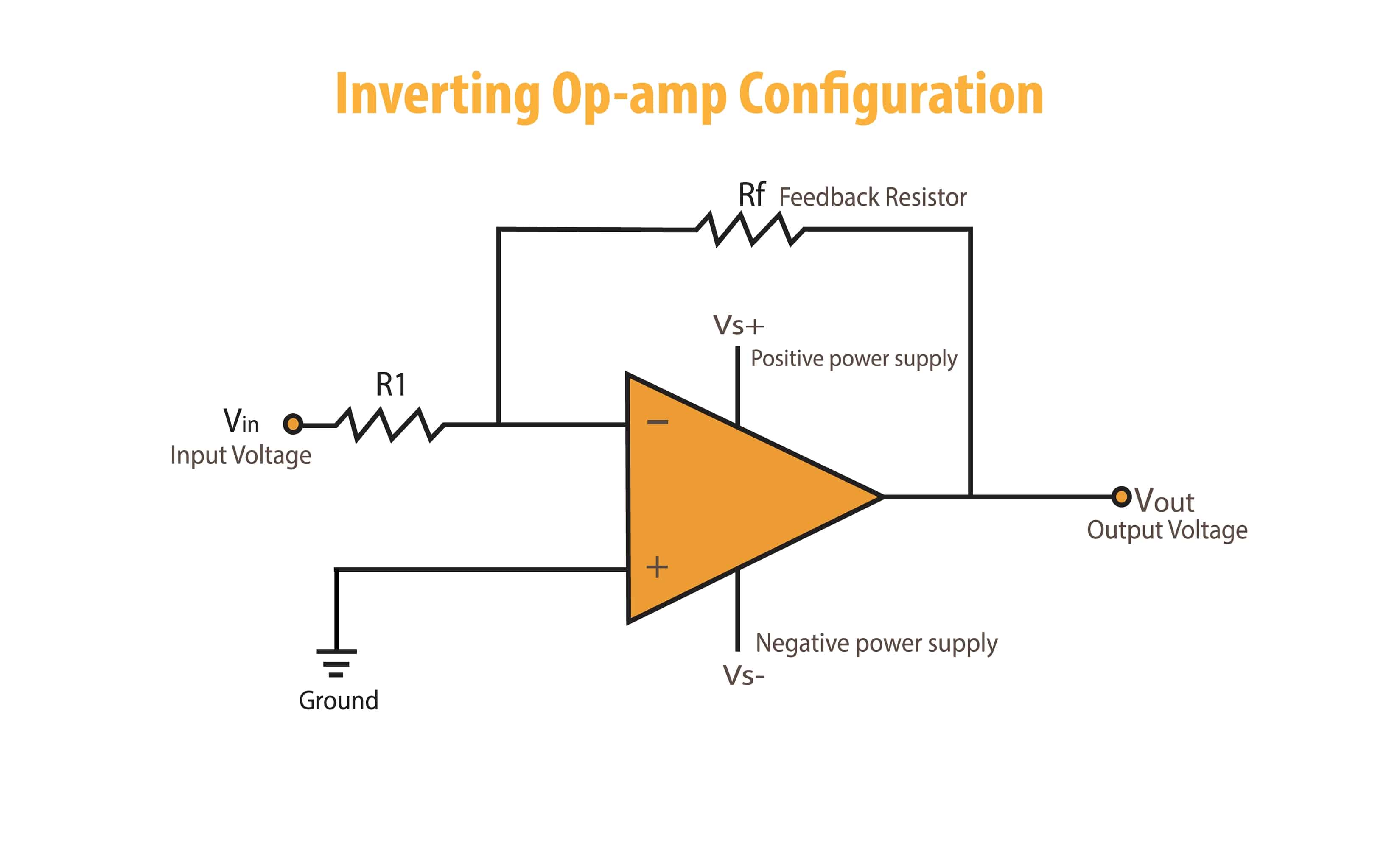 All op amps have especially useful features such as incredibly high input impedance and low output impedance, with little-to-no current draw into their terminals. Op amps without feedback in an open-loop configuration seem rather simple. However, feedback in a closed-loop configuration allows for a variety of applications, which we’ll be discussing.

Without any additional circuitry, an op amp simply outputs the difference between the positive and negative inputs. In other words:

Op amps really shine when implemented with a feedback network, creating a desired predictable operation. With negative feedback, the gain and frequency response are determined more so by the feedback network rather than the op amp architecture itself.

Ultimately, with negative feedback, op amps function to minimize the differential input voltage between their terminals. In other words, when implemented in a circuit, they most often operate in a way that will cause their negative and positive differential inputs to be the same.

In the image above, we have a basic inverting op amp with negative feedback. The op amp will have the same voltage at both of its terminals—in this case, 0V (the positive terminal) is connected to ground. Using Kirchoff’s current laws, we can say that:

Ideal operational amplifiers only exist in theory. Although op amp designs are constantly improving, real op amps suffer from a variety of non-idealities you should keep in mind when designing:

Other imperfections that occur in real op amps involve non-linear and power-related considerations: 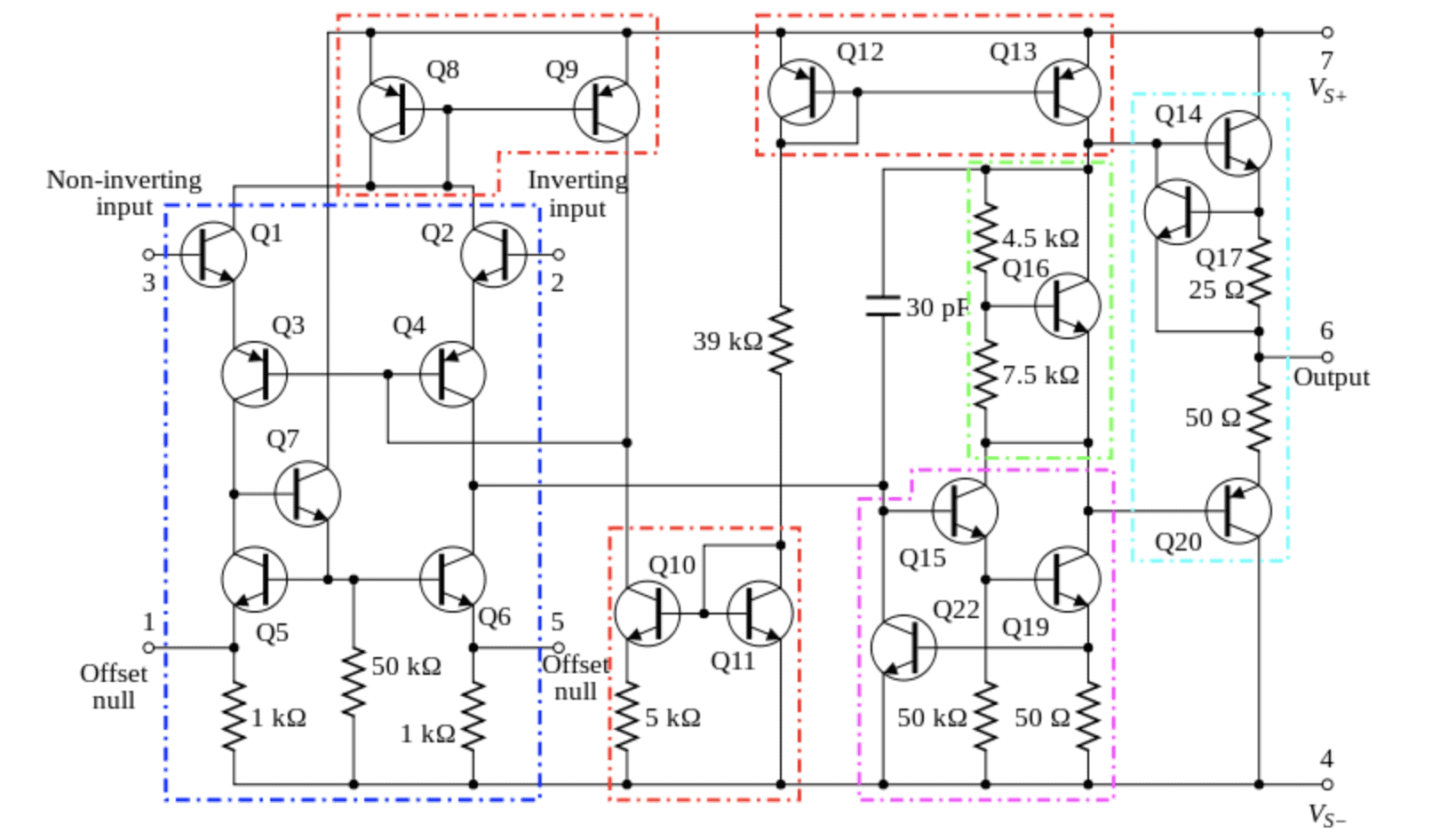 There are a variety of off-the-shelf op amps available for most of your needs, including rail-to-rail, high precision, and low noise. That being said, having a general understanding of how basic op amps are constructed can be useful in debugging and further understanding circuits.

At their most basic level, op amps consist of a differential amplifier, a gain stage, and an output stage. Here, we’ll take a quick look at the internal circuits of the 741-type op amp, one of the most common and readily available op amp designs.

The magenta class-A voltage amplifier, formed by Q15 and Q19 in a Darlington configuration, has a high voltage gain, as it uses Q13 as its collector load, creating even higher gain. Q20 has its base driven from Q15/Q19. Q16 is a level-shifter that drives that base of the output transistor Q14. In the case of excess current, Q22 sinks current and prevents it from reaching Q22.

The output amplifier in cyan, composed of Q14 and Q20, is a Class AB complementary-symmetry amplifier. Q16 (in green) provides the quiescent current and can be current limited by Q17.

Op amps are some of the most versatile circuit components. Anytime you want to perform a mathematical function with your analog signal, an op amp can likely serve this purpose, resulting in a wide arrange of circuit applications:

Op amps are used in a variety of devices and sensors as well. For example:

Whatever circuit design you plan on using op amps for, it’s important to have a strong fundamental understanding of their functions. In order to create a schematic and layout your electronic design, you’ll need strong PCB design and analysis software to help you out. Consider Cadence’s suite of tools for your next project.