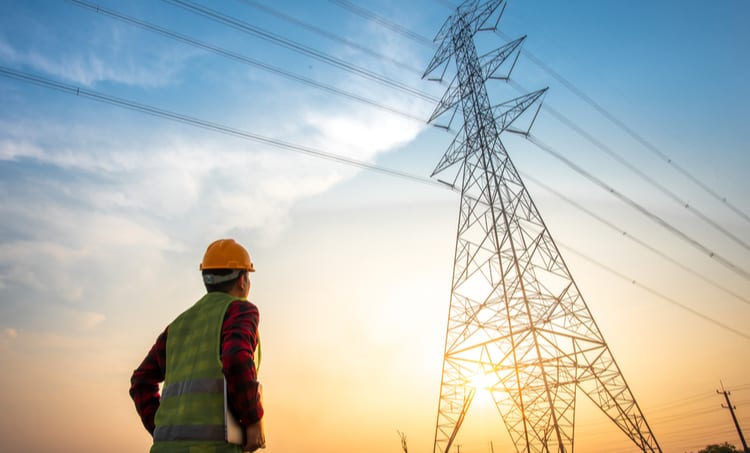 No electrical system is perfect, including civilian power systems.

For as long as AC power systems have been used for civilian and industrial power, power system interharmonics have created noise and efficiency problems. These arise in motor drive systems and any AC system with a nonlinear load or nonlinear power conversion components in the signal (e.g., ferrite transformers and EMI filters). As much as we like to think that AC power is a clean sinusoidal signal, real AC power is noisy and must be cleaned up, both at the distribution end and at the end device.

Devices plugged into AC mains should not disturb the input power from which they draw beyond certain limits. These disturbances create harmonic distortion, which is composed of the desired fundamental frequency (50 Hz or 60 Hz), higher-order integer harmonics, and non-integer interharmonics. These power system interharmonics are unavoidable in modern power systems, but there are some simple design steps you can take to suppress this source of power distortion.

What are Power System Interharmonics? 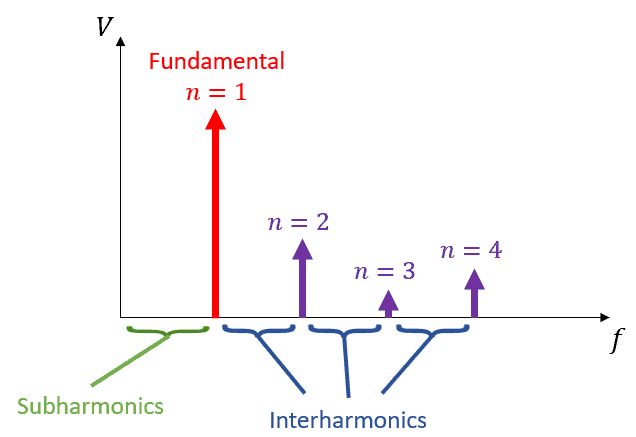 THD is an important overall metric for assessing the quality of power delivered to a load. This metric is used to specify allowable limits on total harmonic distortion in power systems under the IEC 61000-3 standard. Low, medium, and high voltages are defined in this standard, each of which has permissible limits on THD (see the table below), as well as on individual even and odd harmonics. These limits are meant to ensure overall efficiency is high for other power users who connect to the grid.

Power systems ideally carry a single wave with defined frequency (for single-phase power), or multiple waves separated by a specific phase arrangement (for polyphase power). In addition to these desired components, various portions of the system or devices connected to the grid can generate additional harmonics or interharmonics, where groups of interharmonics can often be linked to specific sources. Power system interharmonics are generally produced by four sources:

Each of these has to be addressed in its own way; there is no single solution that addresses the entire breadth of harmonic content in a power system. Modern electric grids in the US and Europe generally have low levels of interharmonic distortion because there are presently few large interharmonic sources on the system. However, in industrial settings or in developing areas, other methods may be needed to reduce harmonic distortion to acceptable levels:

No matter which strategy you want to use to remove power system interharmonics, you’ll need a set of simulation tools integrated into your circuit design software. This helps with front-end design evaluation before you move on to a physical layout. You can also iterate through different component values to determine the best design for your system.