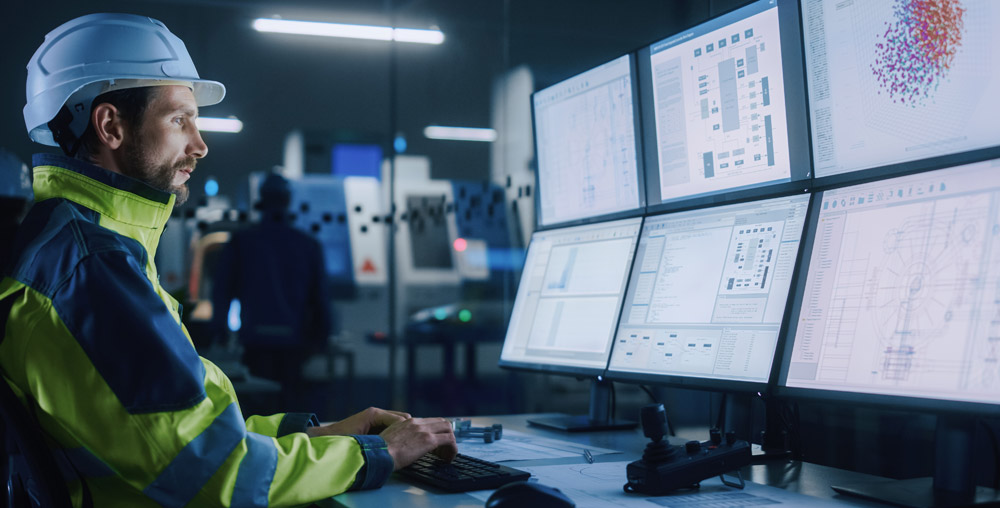 Industry 4.0 provides new levels of abstraction and control for operators

Industry is only as good as its level of control and sophistication over the systems it is bound by. Technology supports the continued growth and development of production, but this growth pattern is not simply linear. Like a punctuated evolution for an organism, some technological changes disrupt old models of production to such a degree that they become the new blueprint until the next inevitable update. Throughout recent human history, massive gains in industry volume and efficiency have been realized during these stages of the industrial revolution.

Now, industries stand at a precipice: as computers, digitization, and rapid communication coax out modern production, new methods of extracting maximum performance are beginning to show themselves. This fourth industrial revolution, termed industry 4.0, focuses on data and its central role in driving a system’s efficiency.

Understanding the Motivation of Industry 4.0

Industry 4.0 represents the culmination of the Internet of Things (IoT) and the burgeoning interplay between sensor data and automation. As such, communication is king, and the better a design can integrate different internal and external systems, the better the performance of the overall product.

What is notable about industry 4.0 implementation is that it aims to take advantage of the massive data stream present at any moment to devices for improved actionable decisions. In terms of hardware, this may mean limited part revisions, as developers can leverage existing components into new functionalities by introducing new communication avenues. During a global squeeze on semiconductor manufacturing, this is an especially attractive proposition that can help alleviate some of the pressure on wait times and procurement.

While there’s no accepted definition for the fourth iteration, industry consensus focuses on some key factors:

Predictive maintenance forms a key basis of industry 4.0 in that it is more adaptable to diagnosing potential failure modes more readily than scheduled maintenance; while the latter operates on a schedule based on indicators like fatigue and stress cycles provided by manufacturers, the former directly analyzes metrics in real-time to determine when failure is in its initial stages. The benefits of such a system are numerous: 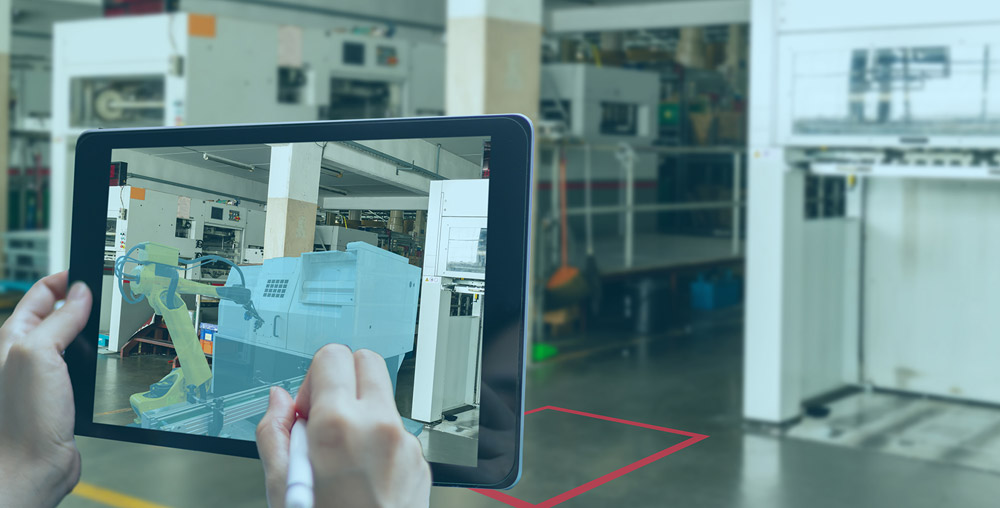 Industry 4.0, or at least its tenets, has already seen widespread adoption in a variety of industries. This might not necessarily come as a surprise – the need for expansive automation, data analysis, and other similar themes present an immediate opportunity for many industries attempting to maximize system efficiencies.

Perhaps the most consumer-facing example is that of the fully automated car. While computer vision has made significant progress, it is not completely ready for mass adoption. However, a side benefit of this work is the bevy of new safety features found in vehicles. Many autonomous sensors and functions communicate directly with an onboard microcontroller to override core vehicle commands. Lane change and drift sensors can add extra visibility, while automatic braking can prevent accidents due to distracted driving or sudden changes in traffic. At the center of this hardware implementation is the controller area network (CAN) bus standard, which can effectively sort through a variety of messages at the appreciable speed necessary for automobile transit. While the CAN bus architecture is into its fourth decade of usage, the idea of sensors providing an overriding security level is very much in tune with industry 4.0 design.

Artificial intelligence is another trendy technical topic that was seemingly once confined only to the realm of science fiction. AI has seen use in multiple industries and disciplines to more effectively hone automated systems. Computers are trained on learning models that teach them how to discern a certain dataset; to ascertain the effectiveness of the learning model, new data with either a known or unknown value is used as an assessment. This method of machine learning, known as a neural network, is one of the many available heuristic models, including probabilistic or search/decision trees, that span the multiple intersecting fields of math utilized in AI design. As overall implementation grows for AI alongside the complexity of the problems it solves, designs will need the enhanced capabilities of an industry 4.0 network for communication and computing resources to further the development of the technology.

The biggest beneficiaries of industry 4.0 may occur within the manufacturing sector as factories furnish their operations with new equipment outfitted with the ability to communicate and track performance via smart sensors. This industrial Internet of Things (IIoT) comprises the core of smart manufacturing, where system-level control expands its reach to encompass a more fine level of adjustability. The incentive is enormous: IIoT systems can track and communicate essential metrics, which combined with integration across a private network, forms a new level of automation for operators. Digital twins of a system, which function similarly to a virtual machine in an operating system, allow for experimentation with the performance of the data being generated without interrupting facility uptime. All-in-all, operators and systems stand to benefit greatly from the smart implementation of a system that has the moment-to-moment adaptability to handle operating fluctuations that can maximize and drive performance. 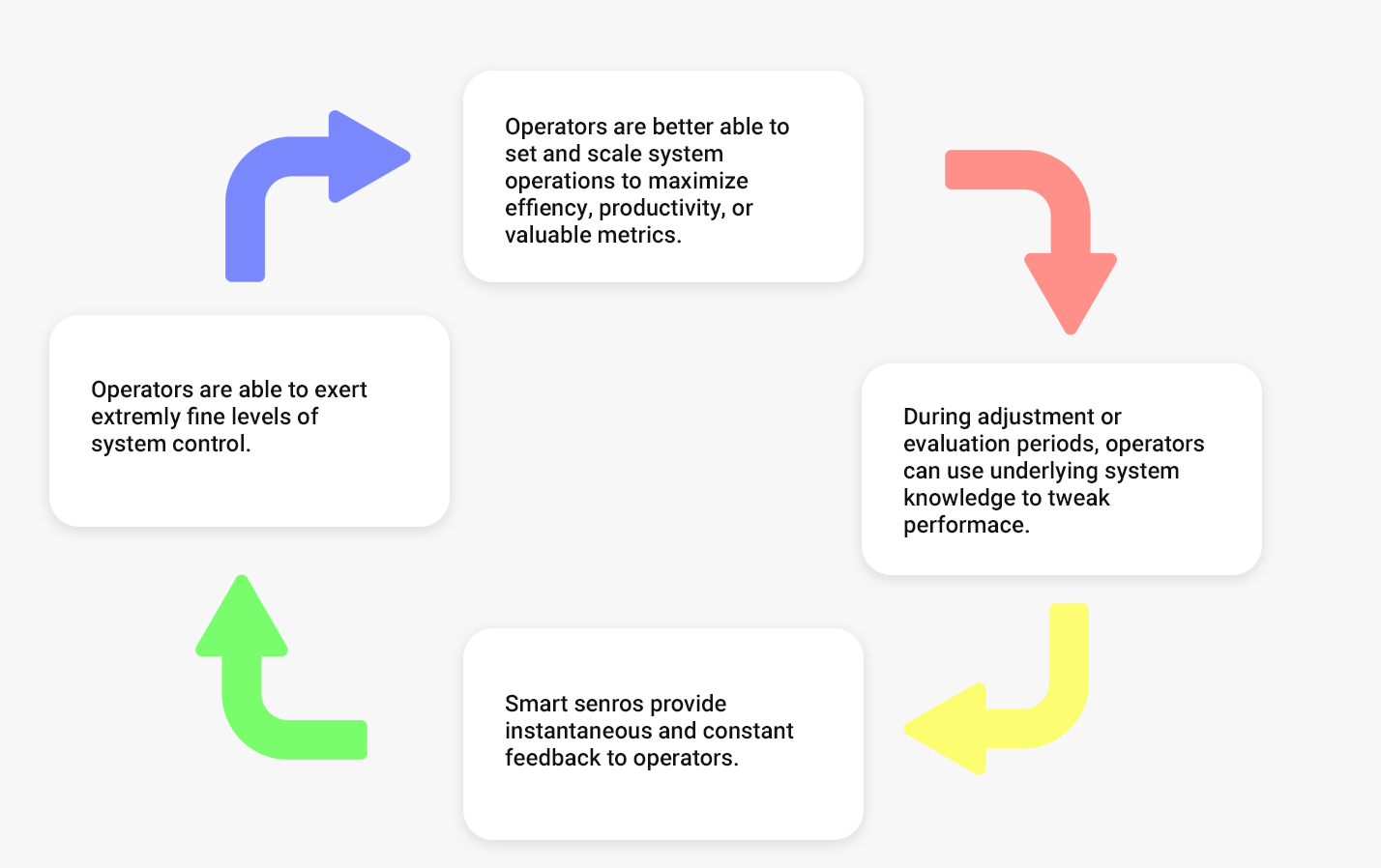 A look at an industry 4.0 implementation feedback loop for smart manufacturing

The benefits of industry 4.0 are compelling, but realizing fast, smart, and capable electronic systems will be a challenge for designers. These designs will need to encompass all aspects governing system performance while still being computationally lightweight to foster quick communication along the network. Devices in this vein can utilize the Cadence suite of PCB Design and Analysis Software products to drive designs that are as powerful and efficient as the systems they’re responsible for leading. When it comes time to translate your circuits from schematic to reality, OrCAD PCB Designer is a one-stop, feature-rich development environment that is equipped to handle the intricacies and varying industries of modern PCB design.