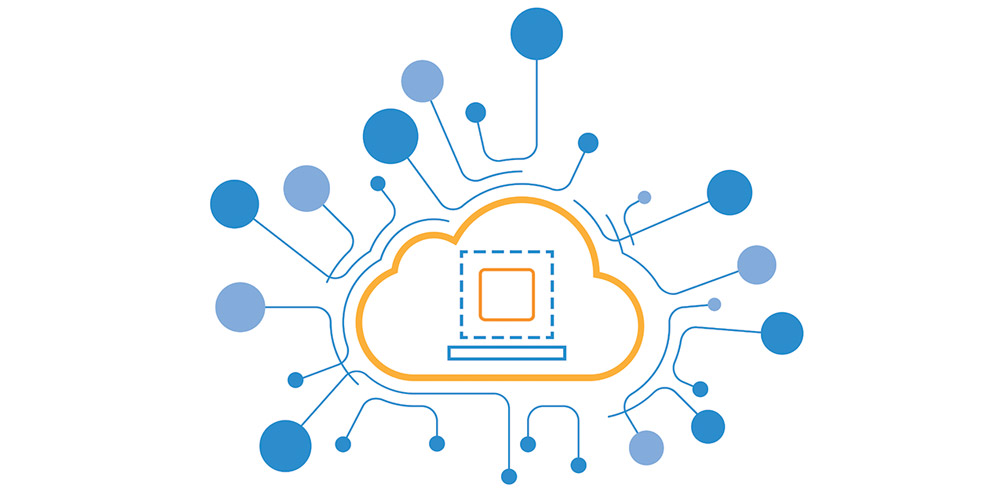 Hyperscale computing connects multiple stations within the same network to enhance the total processing capabilities of the system.

In response to a young student’s letter, Albert Einstein famously remarked, “Do not worry about your difficulties in mathematics; I can assure you that mine are still greater.” While this comment has attracted some level of philosophical musing, Einstein was instead making a joke about the reality of the work a mathematician faces. Though a silly and off-the-cuff remark, the idea behind the quote still holds weight in modern computational sciences. While devices have become faster and more powerful, the work expected of them has increased precipitously. This is to be expected: part of technological feedback is developing hardware to analyze and build that which used to be computationally untestable.

Even still, modern computational models can quickly overwhelm even the most powerful workstation, yet many of these models are necessary for the development of cutting-edge designs that push technology forward. Hyperscale computing looks to communalize computational power within a system, systematically combining the resources of multiple machines to solve the most pressing design problems.

A Background and Introduction to Hyperscale Computing

The 20th century’s digital revolution upended countless traditional business models and services as a workforce emerged around the design of computerized systems (hardware, software, etc.) as well as businesses that are now solely conducting their operations via the new interface. The reasons were obvious: computers could perform minute and repetitive tasks with unerring accuracy that endeavored them to the bottom line of a business setting. This, of course, captured every industry under the sun, but drafting (and its later acronym ECAD) represents a particular point of interest for this blog’s readers.

Increasing technological advancements allow designers new sophistication in the digital space to better plan and develop boards for manufacturing. As was common with Moore’s Law for the better half of a century, consistent and predictable increases in speed, memory size, and other crucial computing elements led to new software features as technical limits were slowly shed.

However, this pace of progress has slowed somewhat in recent years. The culprit: continued miniaturization of dies seemingly brushing against concrete physical realities. While development did and does still continue, improving efficiency has become increasingly challenging. That said, mathematics and other related disciplines not directly reliant upon technological breakthroughs to push innovation in the field have continued their ceaseless march. The result between the technically realizable and the abstractly reasonable has produced a gulf that may not be completely surmounted until the next technological revolution.

Though this may seem momentarily defeating, the good news is that design teams have fashioned a workaround using today’s technology. Hyperscale computing functions on the idea that certain involved processes that may be impractical using today’s architecture can instead have difficult problems solved using the combined power of multiple workstations or servers. The advantageous element of the hyperscaling concept is that it can possibly leverage existing hardware for collaborative number-crunching. Pooling resources also allows for processes to be broken down into more fundamental versions, allowing the combined system much-improved latitude in the speed as well as the number of methods at its disposal.

Hyperscale computing can be applied to any computationally intensive problem, but most often sees use in these applications:

Automation Is the Key to Advancement

In the product development life cycle, automation has proven key to reaching new milestones in the speed of production as well as accuracy. Technology has rapidly augmented or completely reenvisioned labor practices to the point that modern industry could not exist without it. While there are always continual developments in machinery and processes to drive efficiency, most of the focus to this point has focused on the later, tangible stages of manufacturing as opposed to the more abstract design steps. After all, it’s easy to streamline a well-defined process, less so when the work to be done is entirely conceptual in nature.

More recently, the scope of automation has expanded. What was once thought simply too fundamental to ever enter the realm of automated design has seen noticeable advancements in a short amount of time. More powerful, plentiful, and cheaper computing technology has begun to open the door to automation in design:

The use of automation requires significant computing power to fully capitalize on its algorithms. Different learning formats and models may require more or fewer resources during the run-up period of known data sampling or within the active decision-making portion of the model. In either case, the more powerful the combined efforts of the system, the better the end result of current algorithms in studying and acting upon the design with intelligent choices.

Automation in design is set to become the next major revolution in product development, but significant factors are presently inhibiting growth in the field. While algorithms like neural networks are still a work in progress as data science continues to innovate new processes for autonomous learning, a hidden infrastructure element is being overlooked. Autonomous design requires intense computing power to solve intricate math modes, and companies may not possess the raw resources or the ability to dedicate the bulk of their hardware for the amount of time it takes to make autonomous modeling viable over human users. Upgrading or outright purchasing new hardware may be cost and space prohibitive, especially for small to mid-size companies. In order to unlock automation and other powerful tools, a new paradigm may be useful. 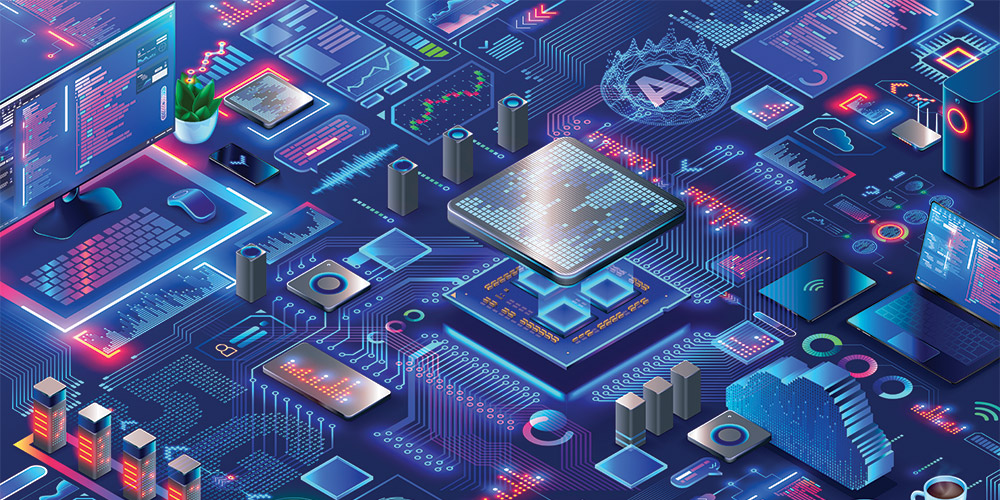 Automation in design becomes more realizable with an increase in computing power.

The Benefits of Cloud Computing for Active Scaling

After a discussion of automation in design processes, the focus must return to the logistics of such systems. Adding computing power to systems is not complicated, but variable and scalable computing is a bit trickier. Computer power in a singular sense is binary - simply the choice of using or neglecting the technology in place. A  static model can meet specific designs for a range of operations, but development nimbleness is hampered without a more all-encompassing framework. Traditional methods of scaling involve purchasing new hardware that has its level of permanence locked in, minus minor adjustments on the software side.

Enter cloud computing, which aims to address many of the standard issues inherent to the standard practice of purchasing physical hardware upgrades.

Cloud computing offers design teams a short- or long-term solution to hardware upgrades and significantly lowers the bar for entry for industry newcomers by granting them some of the technical capabilities of established businesses at a much-reduced overhead to purchase the physical systems. It represents, for some cutting-edge fields, the minimum architecture necessary to produce meaningful work. 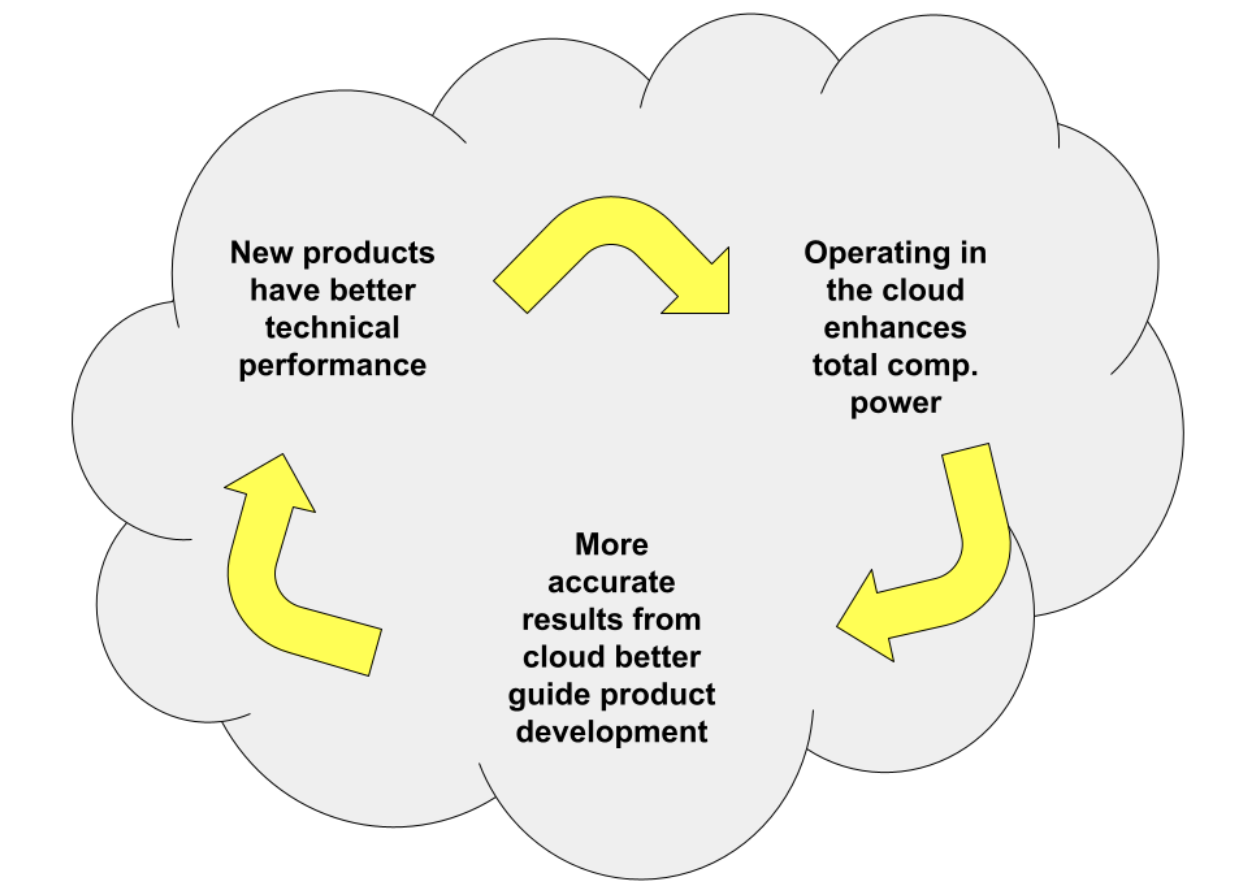 A cloud-based design offers the potential for efficiency gains that may otherwise not be as readily achievable with other methods of development.

Hyperscale computing is one alternative to the standard mode of solving difficult and imperative models for greater accuracy in electronics development. Design teams looking to incorporate more powerful solutions, including those utilizing cloud-based solutions, should look no further than the Cadence catalog of PCB Design and Analysis Software. When modeling has been satisfied and development for manufacturing or further testing is necessary, OrCAD PCB Designer offers designers a powerful, yet easy-to-use tool for layout.