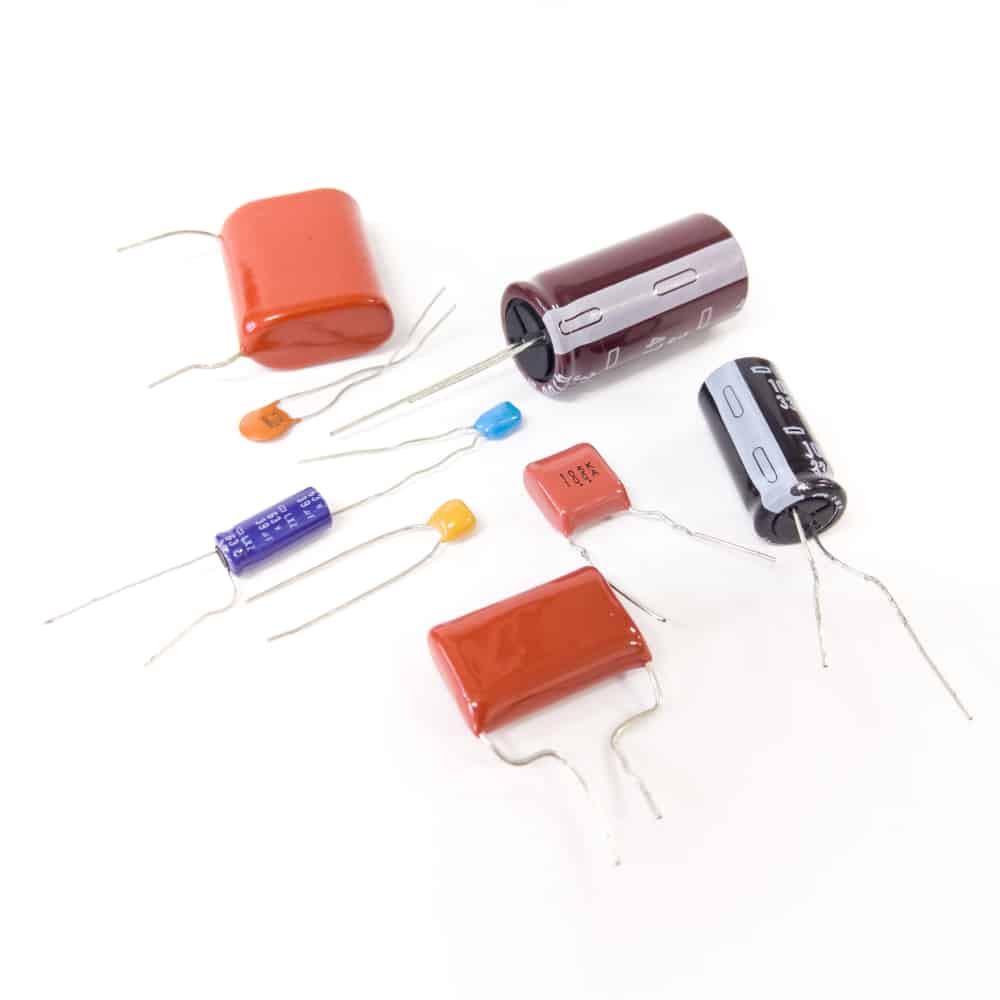 Form follows function, and capacitors come in many forms.

Just like a language, circuit design consists of repeating and indivisible characters that can be combined in endless orientations to create any response feasible within current technological constraints. Arguably, the most ubiquitous of these elements is the capacitor–a device most designers are familiar with after their first board. It may be unsurprising to learn that capacitors fulfill a wide variety of critical functions throughout a design. Before discussing these roles, it’s beneficial to review some of the terms and theories behind capacitor operation.

Capacitors: A Key Piece of Any Design

The simple construction of a capacitor belies its extensive usage throughout a circuit. Though a modern capacitor features state-of-the-art manufacturing technology and material sciences, the device is two charged plates separated by a dielectric material at its core. As current is the flow of positive charge (or conversely, the flow opposite the direction of electron migration), the plates of a capacitor begin to become charged, attracting unlike charges and repelling like charges, as described by Coulomb’s Law. Wherever charge exists, so too does an electric field describing the potential field about a charged surface; in this case, it is highly concentrated between the plates of a capacitor.

The dielectric forms the basis of the charge-storage capabilities of the capacitor: because there is a material placed between the charged plates, the capacitance improves for a given voltage. This improvement arises due to the electrical permittivity – or how effectively a material can polarize in the presence of an electric field – of the dielectric. Essentially, the improved ability of the material to sink charge without affecting the operation of the capacitor (until the breakdown of the dielectric) lends itself to optimization, a key factor considering the absolute number of capacitors a board may contain.

However, capacitors are not magic: there exists a maximum ability to stifle the charge between two plates. Reaching this value means the insulator rapidly switches to a conductor, and this can often be nonreversible due to a change in underlying material characteristics. Less extreme cases may lead to a discharge event that does not fundamentally alter the future performance of the capacitor but can damage surrounding electronics.

Capacitors can be generally divided on the materials used in their construction, though this doesn’t necessarily mean different formats will yield different properties. Manufacturing processes arrive at some best characteristics between the different styles. There are three dominant material types for capacitors:

No discussion about general capacitor properties would be complete without mentioning polarity. In the above list, only electrolytic caps are polarized – these are the capacitors that contain some visual indicators on the package to orient the installation. While nonpolarized capacitors can be placed in either direction, installing an electrolytic capacitor backward will cause component failure, and in large enough caps, damage to the surrounding environment. Therefore, designers should be extremely careful during land pattern creation to ensure pin 1 indicators and other polarity markers are visible and unobscured during the final legend preparations.

Like many devices, the operation of the capacitor changes depending on the source current as well as the transient nature of the circuit. Engineers use switches, often in the form of tiny transistors, to provide a structure for the circuit’s behavior, similar to writing out the potential cases of a code block depending on the condition(s) the engineer wants to select. In these cases, it’s necessary to understand that the capacitor will react to changing conditions. At the beginning of a DC charging cycle, a capacitor is akin to a short circuit, as it allows current to pass through and build empty energy reservoirs. As the capacitor slowly becomes saturated with charge, it offers a higher impedance pathway, eventually resulting in an open circuit at full charge. During a discharge cycle, the capacitor wants to keep its change in voltage with respect to time constant and will source stored charge for current to achieve this, eventually depleting the capacitor over a long enough period and beginning the process anew.

This quantized rate of charging/discharging for the storage element, known as the time constant, informs designers how agile the capacitor is in response. A larger capacitance means greater storage capacity, but slower rates of charge/discharge and vice versa. This leads to two important aspects of capacitor usage, the first being sizing decoupling capacitors based in part on the demands of the associated circuitry, and the second being their spacial placement. For a large IC that has many associated decoupling capacitors, the smallest capacitance should be placed nearest to the respective power pins for the lowest impedance (and therefore quickest response time). Larger capacitors should still be placed in the vicinity of these pins, but their time constant dictates that they need not be as close to still provide suitable performance.

Despite this quirk, capacitors and inductors are a much closer linked pair of the three devices. Both represent the duality of idealized electrical theory: capacitors on one side represent electricity and inductors on the other represent magnetism. One of the easiest ways to recall the characteristics of one device is to remember that idealized they are nearly opposed. Both are aspects of reactance – the imaginary counterpart to resistance, which combined form the impedance – which causes a phase shift between the voltage and current waveforms. This component of the impedance is lossless, but in reality, it is impossible to encounter a zero resistance impedance.

To further build the connection between inductors and capacitors, the table below shows how many core aspects of these two devices act as foils for each other:

A bank of parallel electrolytic capacitors can provide a potent solution for high-end voltage requirements.

Some Methods to Utilize Capacitors

In terms of pure functionality, no other discrete component can offer as much circuit performance as a capacitor. Although both capacitors and inductors provide field storage for electric and magnetic fields, respectively, the former fields are much easier to contend with. While inductors have their place, capacitors dominate as the charge storage device across the board, able to deliver instantaneous power during dips in the overall net performance. This lessens the load on critical power nets that span the board and sometimes thousands of individual devices; however, there are far more roles that capacitors can furnish: 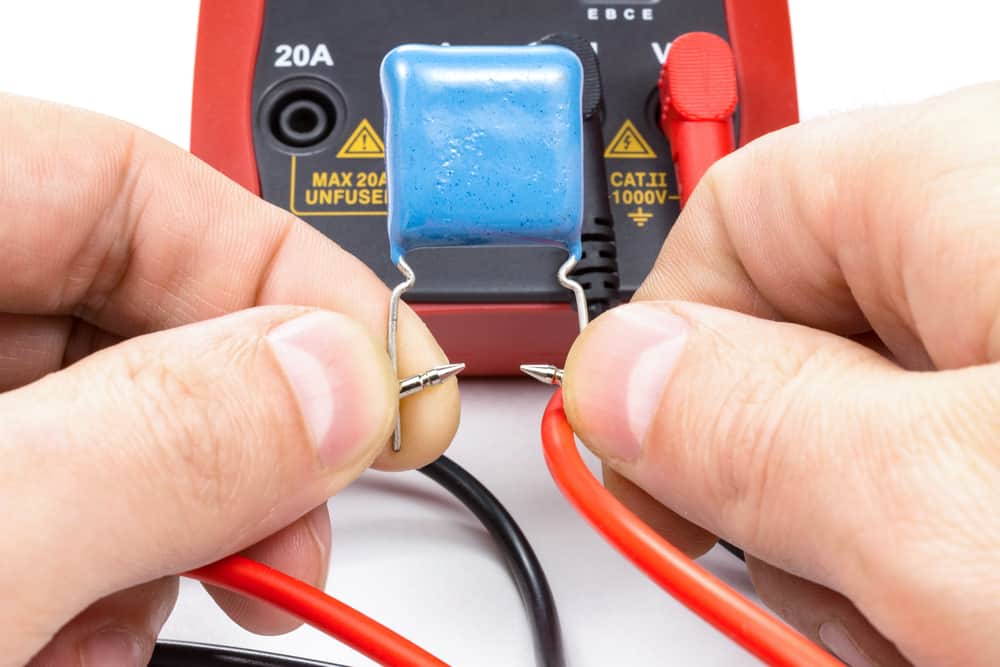 Certain capacitances and voltage ratings will be suited for better roles than others.

Capacitors are fascinating devices filled with a variety of use conditions for nearly any circuitry, and practice with models can help illuminate some of these functionalities. To that end, Cadence’s PCB design and analysis tools offer a robust and comprehensive package of features for evaluation at any stage of design. For layout, carry your work into OrCAD PCB Designer for seamless integration and expedited turn times from schematic to board file.