Have you ever tried to have an important conversation in a loud and distracting environment? Surely you have, but if not, it is a recipe for disaster.

Likewise, it’s quite easy for signals to be compromised by noise and distorted at the receiving end. The problem is aggravated when you’re transmitting a signal across a large distance. So, should you stick with single-ended signals or opt for differential ones? We will explore this question in detail and provide some design tips for using these two signal types in your circuit designs.

What Are Single-Ended and Differential Signals?

An example of differential signal communication.

In electronics, digital signals are made of electrical pulses transmitted from one end to the other. There are two common methods for how a signal is transmitted. The first method is single-ended signaling, which involves a signal trace and a 0V reference ground.

Meanwhile, the differential signal method works by sending a pair of signals that are equal in magnitude but opposite polarity over two conductors. The pair of conductors are often designated as ‘Data+’ and ‘Data-’. A receiver would compare ‘Data+’ and ‘Data-’ to determine the logic state of the signal.

As the differential signal involves a non-inverted and inverted signal, the return current cancels itself out. Therefore, a 0V conductor is not needed as a reference in the receiver. However, it is still a good idea to connect a 0V between the transmitter and receiver to ensure both share the same ground differential potential.

What’s the Difference Between Single-Ended and Differential Signals? 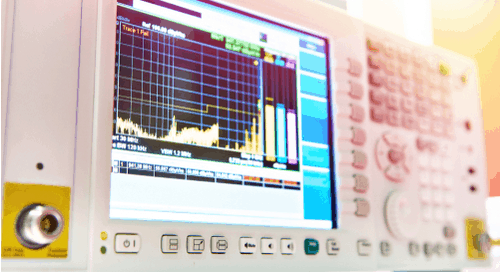 Both single-ended and differential signals are commonly used in electronics. Yet, they couldn’t be more different from each other. A few key ways they differ are:

Single-ended signaling relies heavily on the 0V conductor for reliable reception. It can be easily compromised by ground noise or EMI coupled to the signal conductor. Therefore, single-ended signals are not ideal for low-level signaling as they do not operate well with a low signal-to-noise ratio (SNR).

Differential signals work by comparing the non-inverting to the inverting signal. The receiver determines the logic state by sensing if one is greater than the other. Hence, it is not susceptible to ground noise. EMI coupling usually affects both ‘Data+’ and ‘Data-’ conductors, which neutralize the effect of the interference.

When transmitting high-speed signals, the single-ended trace risks turning into an EMI radiating source. Differential signals do not share the same problem, as the inverting properties of both signals create mutually canceling electromagnetic fields.

Differential signals are also ideal for long-distance signaling as they suffer minimal signal degradation. For example, the RS-485 is capable of transmitting data up to 4,000 feet over a twisted pair cable. 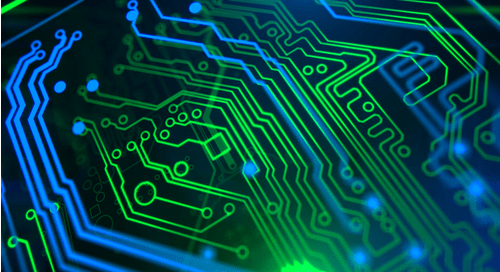 Route a pair of differential signals with equal lengths and near to each other.

When you’re working with single-ended signals, ensuring that it’s free from crosstalk and EMI becomes a top priority. Avoid placing a high-seed signal trace nearby others, especially analog ones. Also, ensure the signal has a low-impedance return path that’s near the conductor. Ideally, you’ll want to have an inner ground layer underneath the signal trace for a short return path.

For differential signals to inherit the advantages we’ve discussed, you’ll need to ensure that both the inverting and non-inverting signals are routed side-by-side. Both traces must share the same length to prevent propagation delay.

Whether dealing with single-ended or differential signals, it really helps to use a quality PCB design and analysis software tool. OrCAD’s advanced routing tools work to ensure that best practices are followed when working with either type of signal, thus ensuring a successful outcome for your PCB designs.

Ground noise refers to electrical fluctuations that may cause PCB performance problems. Learning how to red...