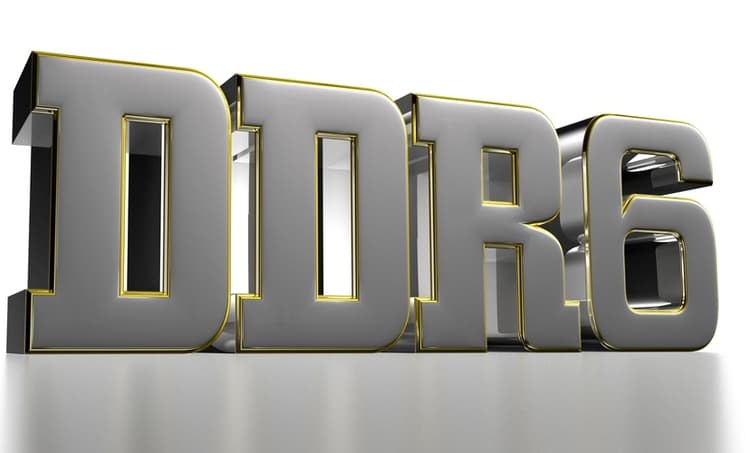 DDR6 is the next-generation memory standard

It is difficult to work on a computing device when there is not enough random access memory (RAM). RAM is an essential element in PCs, smartphones, cloud computing, and networking. As memory generations evolve, it challenges chip and board-level design. To accommodate this, there are different generations of RAM, each with improvements in speed and bandwidth, starting from DDR1 to DDR6. DDR6 technology doubles data transfer rates and achieves a speed in a range greater than ten thousand Mbps. In this article, we will discuss the evolution of RAM from DDR1 to DDR6.

In computer memory, there is internal and external memory. The internal memory is a storage space for data that needs to be accessed quickly by the computer during its functioning. The external memory can be an embedded or removable storage device that stores data persistently. Hard disks, USB flash memories, and solid-state devices are examples of external memory.

A computer with high RAM capacity works faster than one with less RAM capacity. With more RAM, the CPU doesn’t have to read as much data from secondary memories, which enhances the speed of the device.

There are two types of RAM:

We will focus on types of DRAM in the upcoming section.

The types of DRAM are:

Let’s look at the evolution of DDR SDRAM.

Evolving From DDR1 to DDR6

DDR SDRAMs underwent several iterations, and the generations of SDRAM evolved from DDR1 to DDR6.

Each generation of DRAM is better than its predecessor. As the generations of DRAM evolve from DDR1 to DDR6, they bring challenges in chip-level and board-level design. Signal integrity and  power integrity problems are critical in DDR6. Cadence offers tools that are suitable for layout and routing designs for high-speed applications. If you’re looking to learn more about how Cadence has the solution for you, talk to our team of experts.